I bet you don’t this before an interview!

Have you ever been nervous before an interview? Come on Al, what I dumb question! Ok, I deserved that.

Listen, nerves are perfectly normal, the greatest performers on the planet get nervous before going on stage. I remember watching a video of Elvis preparing for a show when he was performing in Vagas. This was late into his career, having done thousands of appearances on stage and screen, yet there he was, pacing up and down trying to manage his nerves! Even the King gets nervous. So chill’s all normal.

Â I believe the nervous feeling you get actually sharpens you somewhat and prepares you for ‘action’. This can be a performance, response to danger or even a job interview (which could be both depending on how you look at it). From a biochemical perspective, the brain is flushing the body with a cocktail of ready-to-take-action neurotransmitters such as Dopamine, Norepinephrine, and Epinephrine (also called adrenaline).

If you’re like most, a job interview is seen as something quite unpleasant, in extreme cases, something dangerous. I’ll will talk about why this is, in another Blog, but for today I want to give you one simple strategy that will help to calm those nerves. Got pen and paper ready?

When people are under pressure or stress, their breathing tends to be rather shallow and fast. Observe your breathing next time you’re in a situation of stress and you will notice you are not taking long slow breaths.

Deep, controlled breathing has been proven to lower blood pressure, promotes better blood flow and reduces stress! But here’s the best part â€“ deep breathing forces you to focus on your breathing and quietens that voice in your head that is telling you, you are about to die!

Try it now  – take a deep breath to the count of 5, feel your rib cage expanding and diaphragm pushing down. Hold it for a count of 2 and then exhale slowly to a count of 5. As you exhale, allow your muscles on your face and upper body to release.

You should feel an instant change in your body.

Do this several times before an interview and feel the difference it makes. You will be more relaxed and able to access your memory much better, which will allow you to smash those tough questions eeeeeeasy! 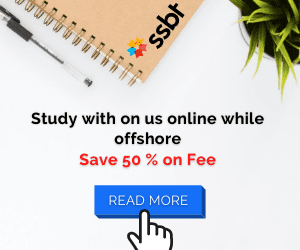